Against the urban logic of the urban fabric, it is proposed to consolidate the uniqueness of the place. The project proposes to take advantage of the place opportunities: supported to the existing wall, the building gets contracted in the central part to relieve the building to be preserved. From both streets, two gentle ramps lead to the building entrance. The facade is a complex deep membrane where the functions –illumination, and natural ventilation, solar protection, control and of energetic active systems- will be integrated, maintaining a common overall structure, defining repeated minimum units that are and reaching the maximum flexibility of space usage. The program is distributed on each floor placing the service spaces against the dividing wall, and the public areas in the facade overlooking the garden and the streets. It is proposed a restricted catalog of finishing materials to reinforce the unitary character of the building despite its functional heterogeneity and a low technology to achieve high environmental efficiency. 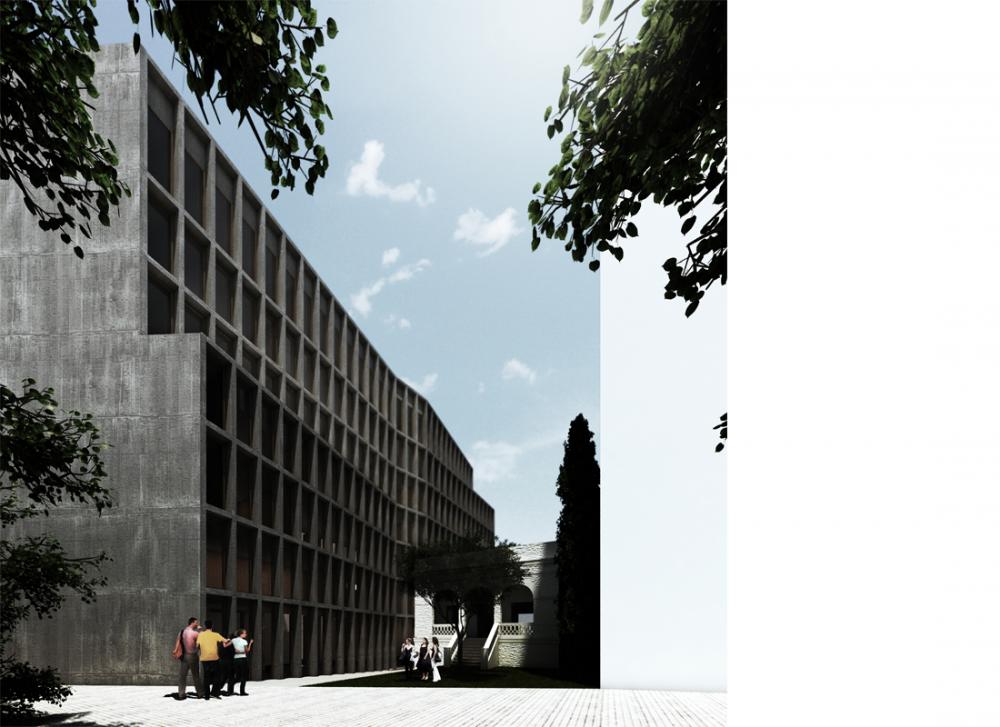 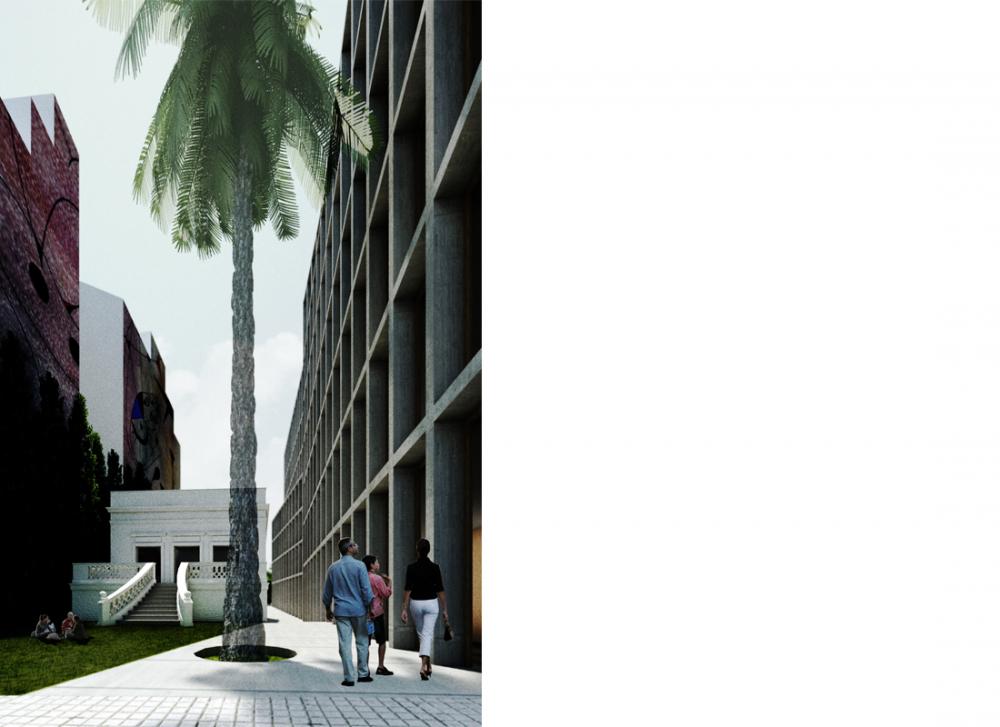 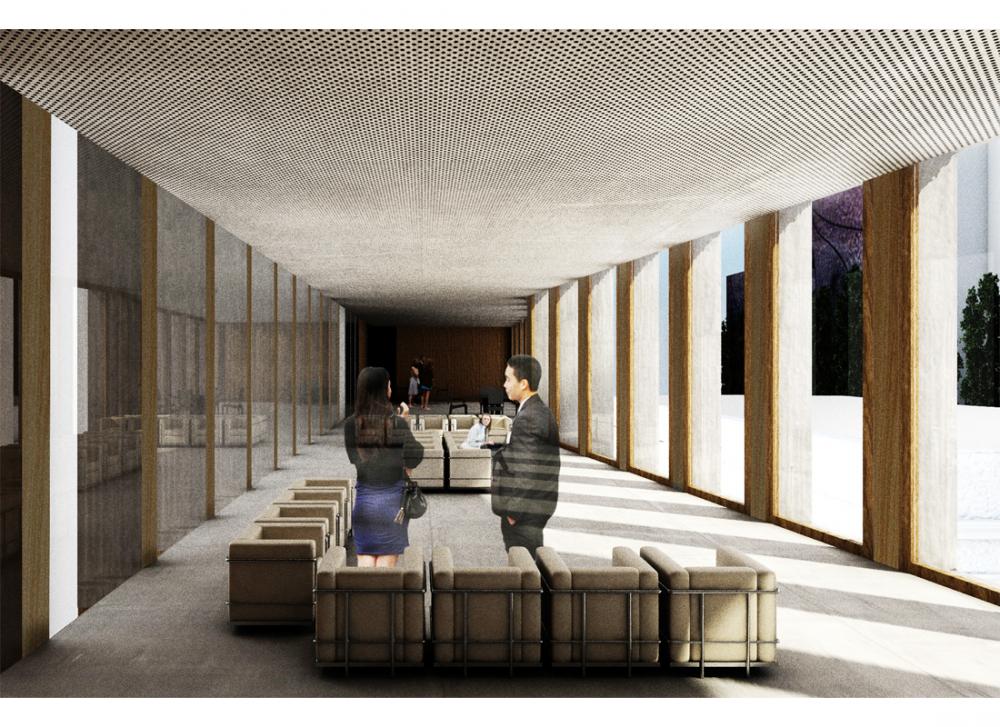 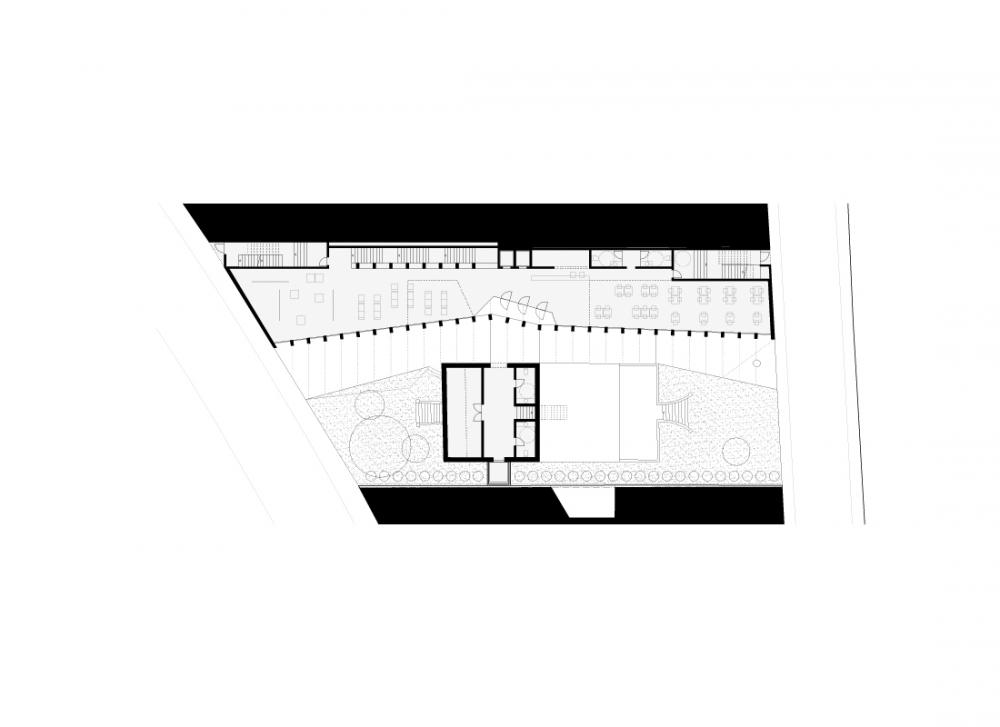 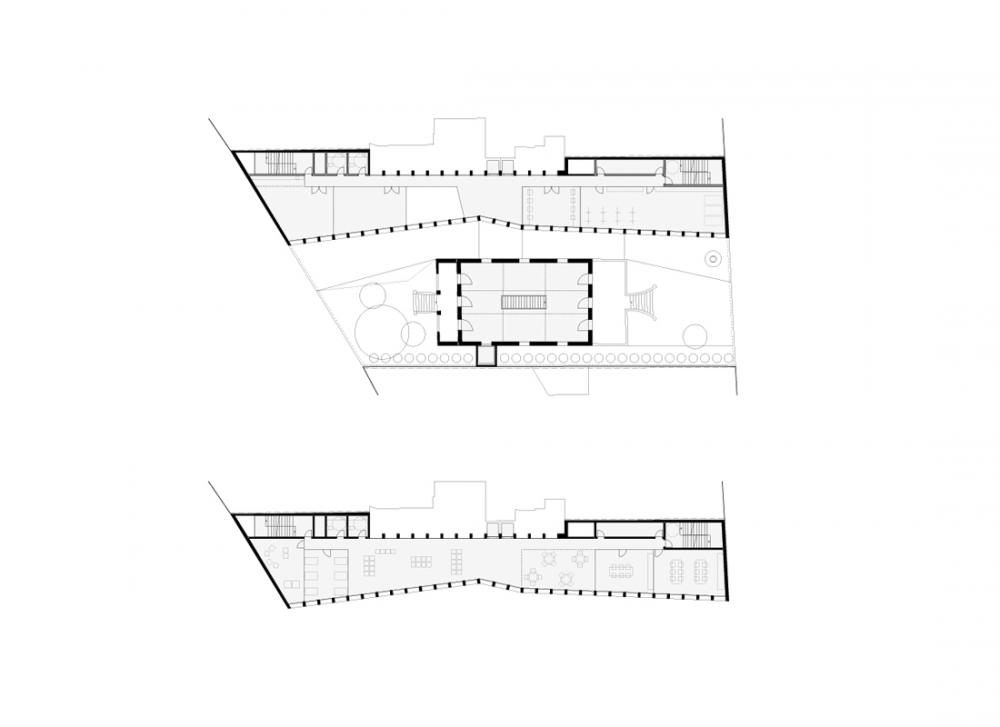 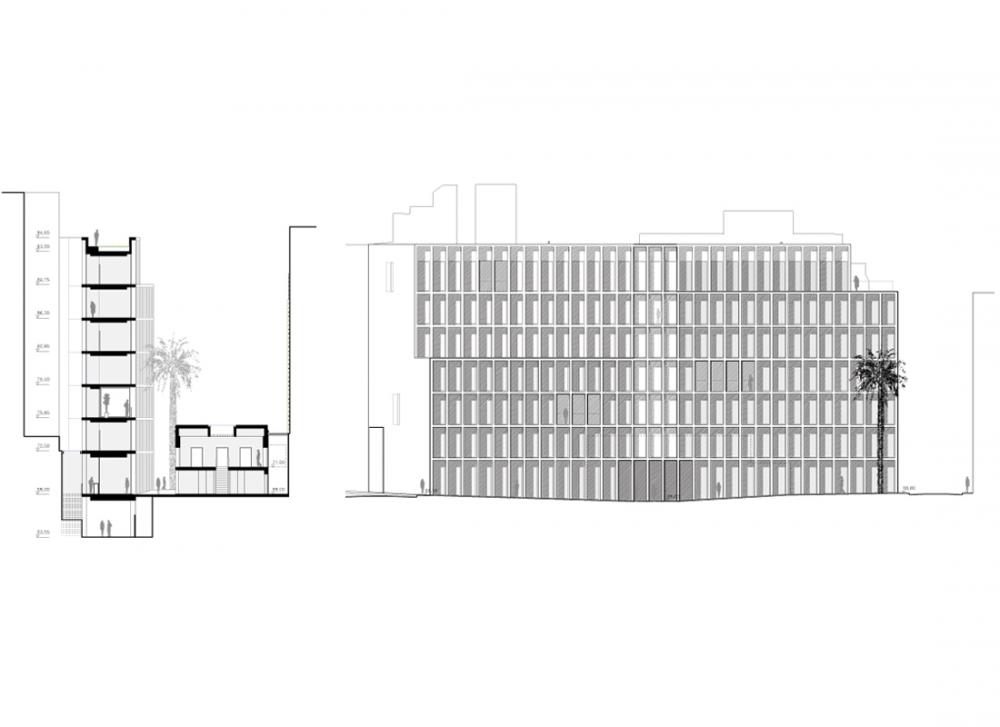